The first cross student exchange was hosted by Aristotelio College in Thessaloniki (Greece) and took place from 02nd to 08th of March 2020. 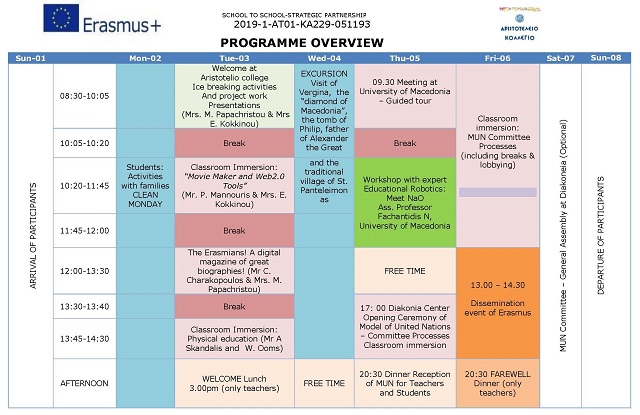 Sunday/Monday, 1st/02nd March 2020
The Cypriot team arrived at the airport of Thessaloniki on Sunday and the Belgian team on Monday. The hosting families and students picked up their guests-students. The teachers were welcomed by the teachers of Aristotelio College and the Headmaster and the they were transferred to the hotel. The afternoon was a free time for the teachers while the students had the chance for activities with the hosting families. Clean Monday was holiday in Greece and students experienced traditional and cultural activities with the families.

Tuesday, 3rd March 2020
First day at Aristotelio College for the guest students who moved to school by the private school buses. Firstly, they were welcomed by the Headmaster and then, according to the agenda that was presented, ice breaking activities took place organized by students and teachers. Project work about the topic of the exchange was presented in front of other Erasmus students and teachers also from Austria and the Headmaster.

After a small break, two very interesting classroom immersions took place by an external educator and the hosting and guest teachers. The first classroom was an ICT classroom immersion (from teachers from Cyprus and Greece) entitled “Movie Maker and Web2.0 Tools”, the students were informed about the basic steps of how to create a video in Movie Maker. Additionally, a brief theoretical background was given about the Web tools from Web 1.0 to Web 3.0 and then they have created short videos about a variety of Web 2.0 tools.​ The second classroom immersion concerned “The Erasmians! A digital magazine of great biographies” occurred by an expert of Creative writing and a teacher from hosting school. The students had to interview each other and presented their classmate’s biography and then they had to write the biography in a different way, a way of Joomag, an online magazine.

The final classroom immersion involved physical education and it was organized by teachers from the hosting school and from Belgium. Before the end of the day all students and teachers had a group photo at Erasmus corner of hosting school. At the afternoon the students had activities with the families and teachers enjoyed the welcome lunch.

Wednesday, 4rth March 2020
Wednesday was the day for excursion and visited Vergina near Aigai the first capital of Macedon. A guided tour was planned by an archeologist to the place that Manolis Andronikos claimed that these were the burial sites of the kings of Macedon, including the tomb of Philip II, father of Alexander the Great and also Alexander IV of Macedon, son of Alexander the Great. Then the students and the teachers visited mount Olympus, the tallest mountain in Greece famous from Greek mythology as is was hosting the Palace of Zeus and all ancient Gods. 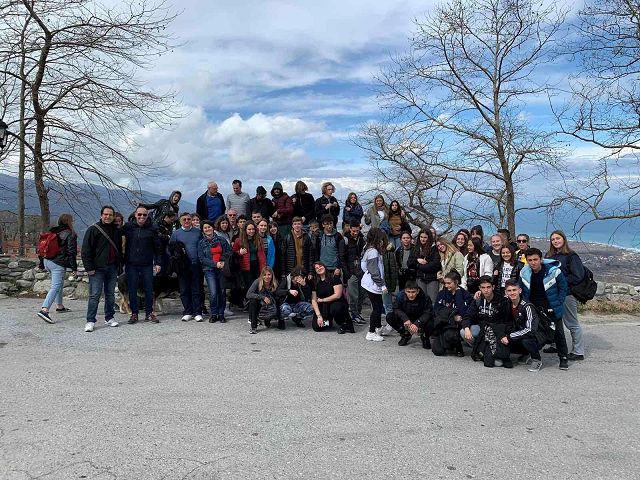 Thursday, 5th March 2020
The students were transferred to Thessaloniki’s Archaeological museum, one of the largest museums in Greece and the central museum of northern Greece. Basically it has the entire history of ancient Macedonia and it includes unique masterpieces of Ancient Greek art from prehistoric times to late antiquity. After a small break students went back to school to have a workshop by Professor N. Fachantidis of University of Macedonia, Department of Educational and Social Policy. Professor have a speech about social robots and then the students had the chance to interact with NAO, a social robot. 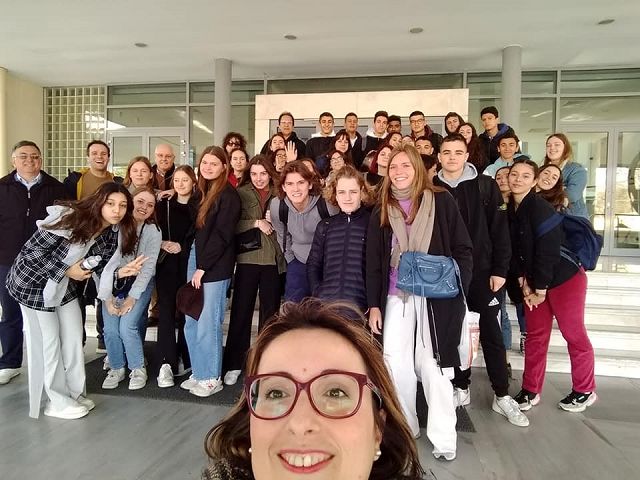 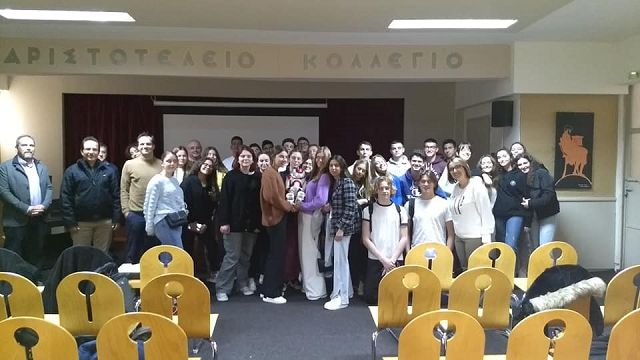 Friday, 06th March 2020
The Erasmus+ MUN committee operated in a rather unique way, since the opening ceremony was canceled for precaution reason. From traditional General Assembly (GA) committee process started straight away, and encouraged values such as respect and cooperation between delegates. The chairs after some ice breaking activities, and the mandatory roll call, the delegates were split into teams and had a debate. The topic was about digital tools used in education/school or not. The two teams, one in favor and one against, had supported with strong arguments each side and a strong debate occurred. After that the delegates of the committee proposed solutions and products about the topic.ts but also other advisors of the English language. A summary of the events was presented, while emotional moments spread out the theatre room.  At night the Farewell event in a restaurant of the famous area of Ladadika occurred among the teachers and the Headmaster.

Saturday, 7th March 2020 & Sunday 8th March 2020
A fruitful week came to end and it was the time for the guest students and teachers to departure. The airport was full of hugs, a lot of laughing but also flood of tears came out from their faces. Promises to keep in touch were made and strong friendships were born due to the Erasmus+ program. 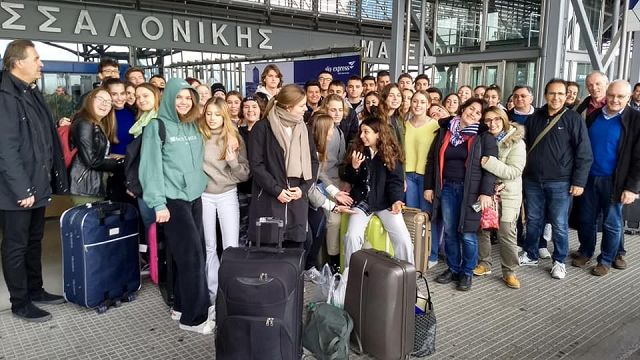